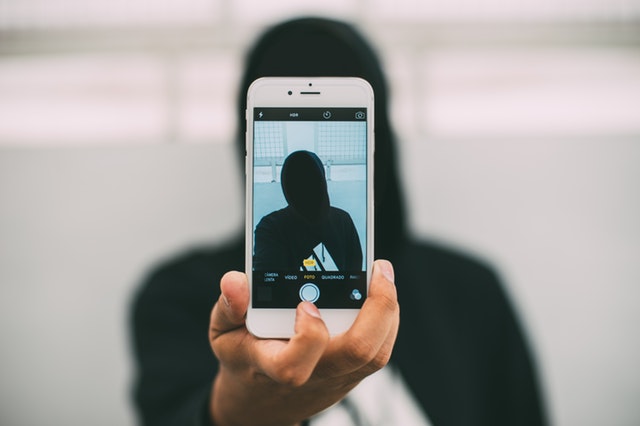 Google, FTC and FCC Cracking Down on Rampant Illegal Robocalls

(OMAHA, Nebraska) –  Small Business Owners Beware. If you receive an “extremely urgent” robocall “to update your Google business or Maps listing” asking you to press a key to speak to a live local “Google” sales rep – hang up.

Don’t be fooled. It’s not Google, it’s an impostor up to no good:

Background : A mobile robocall or text is illegal, and likely a scam – if you never gave prior clear consent by verbal recording, written, electronically (text or phone keypress) or digitally (by email or website form). Identifying scammers is often impossible. Many hide their tracks by faking the caller ID, buy internet (VOIP) phone numbers for any area code and prefix (the three digits after the area code) to “appear” local, and run calls through a global network. Other scam calls can be tracked with ease. Before litigation, Google sent cease and desist letters. The company replied, and denied:

The lawsuit settled in July 2016. Local Lighthouse admitted to infringing on Google’s trademarks, misleading customers, and agreed that any future reference to Google must include a disclaimer clearly acknowledging no affiliation with the tech giant, reports Law360’s in a summary of the final order. Local Lighthouse officials could not be reached for comment.

Signs of a Fake Google Call

An automated message – that asks you to press a # to speak to a live agent:

“Google doesn’t make these calls, so if it’s not a real person right from the start (and you didn’t request an automated call from us), it’s not Google.”

How to Report Google Impersonator

Google requests you fill out a contact form to report telemarketers claiming to be Google, a partner, affiliate, a Google-certified company or a company “working with” Google.

The real Google may call you, if you requested communication, while logged into gmail, within the business dashboard. Google may send an email. The address should end in @google.com.

The Telephone Consumer Protection Act makes commercial robocalls to home landlines, automated calls and texts to cell phones without consent illegal, even if a prior business relationship exists. Concealing a call’s true origin by faking a caller ID to defraud, harm, or wrongly obtain anything of value violates the Truth in Caller ID Act.

Know Your Rights – Know The Law

The TCPA mandates that an “established business relationship” does not constitute consent. Commercial calls to home landlines also require consent. Although, your permission is not needed for residential calls by non-profit, tax-exempt organizations like charities, political purpose calls, surveys, market research, and for the servicer of your consumer loan.

SMS text messages and calls can be an extremely effective marketing strategy – if done legally. Under the TCPA, to avoid stiff federal penalties and lawsuits, a business must obtain clear, written customer permission before campaign launch. Don’t buy third party calling lists. Customers may subscribe at a brick-and-mortar store, at your website, by email or in a service agreement. Existing customers can be sent re-opt-in messages once to collect consent. Marketers tend to use SMS texts to share upcoming events, sales, coupons or to announce a company’s Facebook contest.

Not only is consent required for mobile automated or live sales calls/texts, consumers must give permission to receive Informational messages from airlines, for bank and credit card balances, fraud alerts, school and university notices, package deliveries and wireless usage updates. Exceptions to the rule include debt collectors, calls for political purposes, surveys or research, your loan servicer, or mobile calls/texts initiated from, or on behalf of, a tax-exempt nonprofit organization like charities, and places of worship according to a TCPA analysis by lawyers at the Association of Corporate Counsel.

Of course, crooks don’t give a hoot about the laws, consent and disclosure, and truth in advertising. In reply to the rise in illegal calls/texts, Former Federal Communication Commission Chairman Tom Wheeler, under Obama, formed a Robocall Strike Force to better protect consumers and trace fraudsters. The group, made up of telecom, ISPs, app developers, tech and security experts, thus far made recommendations under consideration of the three-member FCC, confirms Chair Ajit Pai:

The Robocall Strike Force suggests consumers get proactive now. Consider using landline call blockers many phone carriers offer, or download popular mobile apps for Android and IOS like Truecaller or Hiya. Functionality may vary. For Mr. Number, suspected scam calls ring once, and are sent to voicemail. You can read comments, and report your own. Unmarked fraudulent calls can be blocked. 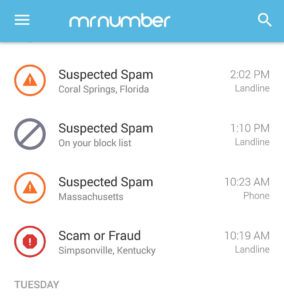 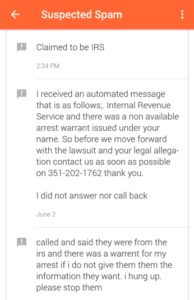 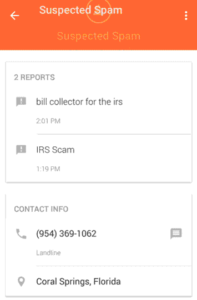 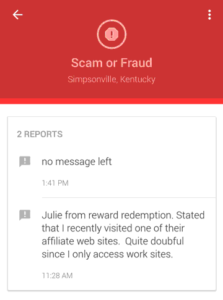 FTC Guidance on How to Handle Robocall

Hang up. The Federal Trade Commission warns consumers not to press any key during a robocall. Scammers will put you on a “hot” list, resulting in more illegal calls. File complaints with the FTC and the FCC.  Robocall enforcement is a top priority of the FCC. Register your number with the National Do Not Call Registry or call 1-888-382-1222. For unsolicited illegal spam texts, forward to 7726. Your phone carrier will confirm receipt, and ask you to text back the phone # spammer may have used.